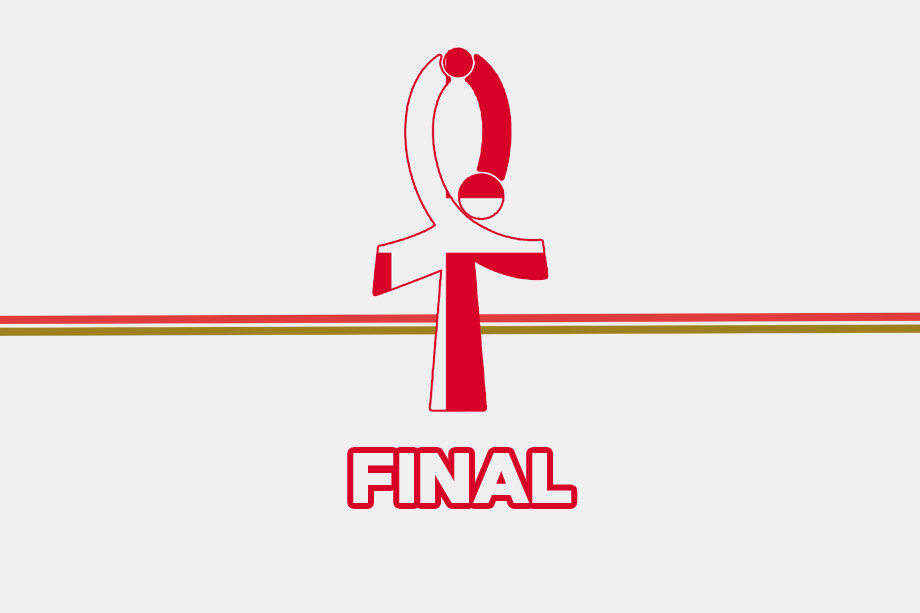 Data can – if it’s collected and available – explain pretty much everything in the world. In sports, the importance of data has become clear at the latest through “Moneyball”. In league competitions usually the winner has the best statistics because everyone plays against everyone and in the end, the best team wins. The weight of one bad performance isn’t that big.

For the 2021 World Men’s Handball Championship this hasn’t been the case. The best two teams were in the final. Before the game on Sunday, they were the two teams with the highest Net Rating, the difference between Offensive Rating (goals per 50 possessions) and Defensive Rating (goals conceded per 50 possessions). In the end, the team that was always number one (after the Preliminary Round, the Main Round and now in the end) won the battle of Øresund Bridge.

The match itself was in many ways as expected by the numbers, but, in some ways, not. Obviously, for just one game the tactical approach to explore potential weaknesses of the opponent, surprising situational adjustments (such as a right-handers on Right Back) and especially randomness play big roles. The fact that some of the previous games were against much weaker opponents can’t be neglected either.

As expected from the previous games, the pace of the final wasn’t high. For big games, the number of possessions usually goes down. Sweden and Denmark already were below the average before the game. The team of Glenn Solberg was even (along with Switzerland) the team with the least number of possessions per game of the whole tournament at 48,0. The final was even below that. It was the nineth slowest match of the tournament. Denmark had 46 possessions, Sweden 47.

Even though Sweden focused during the tournament on their slow positional attack, they also relied heavily on fastbreaks. These were 17,4% of their shots, the second highest number in the World Championship. In the gold medal game, they – as Jim Gottfridson mentioned in the mixed zone – “couldn’t get any counter-attacks when wanted”. 10,6% of their shots on Sunday were fastbreaks, but just 60% were successful.

Too many advantages of Denmark

Before Sunday, both finalists were amongst the three teams that shot the least from nine meters. At the final Sweden’s frequency of backcourt shots increased a bit which is usual for such games. But they only managed to shoot lousy 21,4% from there. Jim Gottfridsson and Johnathan Carlsbogard struggled heavily with combined only one goal out of eleven nine-meter shots. Denmark’s frequency from the backcourt nearly doubled, but their success rate decreased only minimally.

Sweden’s high usage of their wings before the final (19,4%) remained on the same level in the final (19,1%), even though Denmark managed to get as few shots from there as no other team before Sunday (9,4%). Their shooting percentage remained pretty much the same, too. (69,3% and 66,7%)

Still, the most used shooting position were six meters (including breakthroughs). The shooting percentages of both teams dropped significantly from there, (DEN: 80,0% to 65,0%, SWE: 78,0% to 57,1%) but Nikolaj Jacobsen’s team managed to shoot way more (and more successful) from this highly efficient position. Especially the back-ups Nikolaj Øris and Jacob Holm, who both shot three out of three from there, were difference-makers. Øris played just ten minutes but was the best player of the match according to the PlayerScore.


However, probably the biggest difference-maker for Denmark was goalkeeper Niklas Landin. Until Sunday the IHF World Player of the Year 2019 had a decent but not great World Championship. Then he rose to the occasion and saved 40,5%. As Coach Jacobsen praised in the press conference: “When you have a goalkeeper like Niklas Landin, who shuts down at the end of the match, it’s always easier to play handball.” From minute 49 to 59 he saved phenomenal six of out of eight shots on the goal.

On the other side Andreas Palicka, who played an outstanding tournament and was voted in the All-star Team, struggled with just 23,1% saves in the gold medal game. The injury that he suffered during his spectacular save and that will keep him out again for some time probably didn’t help.

This resulted in 28,3 goals per 50 possessions for Denmark and 25,5 for Sweden in the game on Sunday. These were the lowest ratings for both teams in the whole tournament. Of course, the defense of both teams was good, and the high load was also an issue.

Nevertheless, from an aesthetic point of view the final was probably not the greatest match in Egypt. But as mentioned in the beginning, it was definitely a battle of the two best teams of the tournament. And the best team won.